This evening I want to attempt to do something that is quite difficult for the situation and for a thirty-minute presentation.

I fully realize what I share with you this evening is an overview. In may ways it is an oversimplification. Hopefully, it is an accurate concept and continuum.

Let me begin by sharing a perspective. I think many in this audience know the basic Bible stories. However, I also think that we often have failed to connect the Bible stories we know to the overall story of the entire Bible.

Let me try to illustrate the problem and the need. I am not going to ask you to say anything, or share anything, or take a test. I just want you to raise your hand.

Many of us could tell those stories. Now let me ask you more difficult questions. DO NOT raise your hands–just think seriously to yourself. 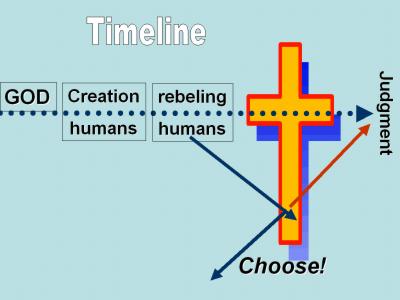 Welcome to Gods Message on the web. My name is Greg and I want to welcome you. I started doing these Podcasts, MP3, and Audio Books back in 2007. Stay awhile and make yourself at home. The Christian Podcasts here are free and for everyone to enjoy. I’m doing a complete series on David Chadwell who is a retired minister from Fort Smith, Arkansas. I’ve also done an Audio Book for Wayne Jacobsen’s the Naked Church. Plus a series of MP3s for Pastor Billy Crone and his The Final Countdown series. View all posts by Greg

This site uses Akismet to reduce spam. Learn how your comment data is processed.

annihilation audio audio book Behold I stand at the door and knock book Christ is real Change Your Focus Christ is Savior and Lord Church of Christ david chadwell Dusty Owens ekklesia freedom Free to be Just a Christian God Going back to where we started Has God Abandoned me hell Hell Eternal Torment or Complete Annihilation imitation Is It Worth It? Jack Wald Leaving the Church of Christ mp3 My Opinion Of Me Pathway to the Kingdom podcast power Rabat International Church Solving the Problem of Faith The Fruit Of The Spirit The Naked Church The Parable of The Talents The War and Me Thoughts on Punishment of the wicked Unity The Meaning of Oneness wayne jacobsen What are you trying to prove What is the why Who Turned Loose Me Or God Why I left The Church of Christ